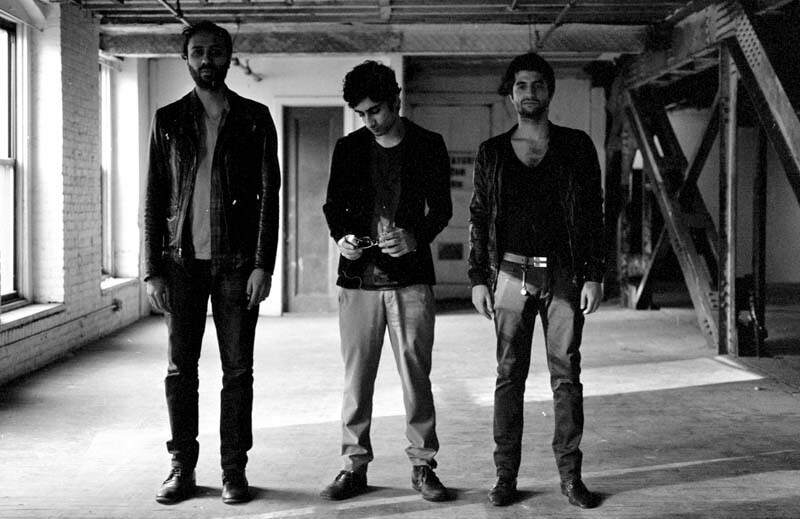 Today, I was listening through my podcasts, and started listening to the latest episode of Radiolab, titled Dawn of Midi. The title instantly caught my eyes, as Midi, to me, only can mean one thing. Musical Instrument Digital Interface. The language of digital music communication that allow musical devices to communicate with each other.

The host of Radiolab, Jad Abumrad, being a musician and composer himself, started off saying “So I am going to put my music hat on”. And from there, I knew that the show would be one of those great Radiolab episodes. The rate of excitement increased when Jad started to explain what Midi is, to his co-host.

Dawn of Midi is a band consisting of three friends, Aakaash Israni, Amino Belyamani, and Qasim Naqvi. And below are short excerpts from the show that I tried to transcribe:

Jad starts off introducing the band and what music they were listening to and what inspired them:

They were also listening to different kinds of music, like electronic music, stuff like Aphex Twin, also one of them get into Trance, not Techno Trance, but like a lot of stuff from Africa. West African music, but also music from Morocco. These were musical traditions that have a totally different approach to rhythm.

Jad explains Dawn of Midi’s music to his co-host.

What you have in a lot of that music, are these vertical stacks of rhythms, like almost multiple time flows existing simultaneously, in the same moment. [..] They are playing different beats. Pulling each other, in some sense. If I listen in and pick out the different lines, I get lost in the intricacies of their rhythms. If I listen out, I can just nod my head to it for 45 minutes, but if I listen in I am like, Jesus God, what is the bass player doing, I have no idea what beat he is on. It is interesting to me the way of the patterns of interior, they kinda’ mess with your ear, they could also be on their own cycle, falling in and out of phase but when you pull out, listening the whole music together, you’re like ‘oh yea, I can nod my head to this.’

I had not heard about Dawn of Midi prior to listening to this episode of Radiolab. A lot of these areas of music, that relate to the complexity of Ostinato-type music, originate from the Sub-Saharan regions. I have written about this in my studies on Oriental Music and the theory of quarter tones. Very interesting how these guys have evolved the same type of monotonous, minimalistic ethnic-ish music into an art form with so few musical components.